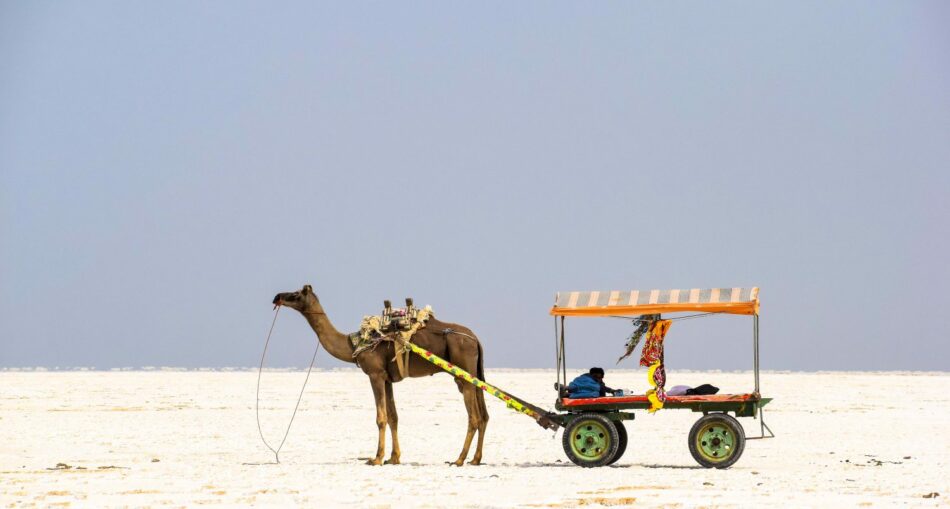 Kutch is a district in the Indian state of Gujarat. This district sprawl over 45,674 km² and it is the largest district in India. Do you know this district is larger than states like Kerala and Haryana? In the district, approximately 2,092,371 populations reside, and local people speak the Kutchi language.

Kutch is only famous because of Rann of Kutch. Now you might be thinking about what is Rann of Kutch. It is a salt marsh in Gujarat’s Thar Desert. It spreads over an area of 7500 km² and is amongst the world’s largest salt deserts. This is famous for its white salty desert sand, which people love to visit during October, November, December, January, February, and March.

In the Kutch district, several villages are known for their culture and traditions. While searching for the villages of Kutch, you might come across several results, some of which are discussed below.

In the Rann Utsav 2022-23, one of the major locations in Bhuj. It is a district headquarters and municipality in the Kutch district of Gujarat.

It was founded in 1510 by Rao Hamirji, and in 1549 it was made the capital of Kutch by Rao Khengarji. This place is home to the first Swaminarayan Sampraday temples, which were built in 1822.

The climate is quite extreme in this deserted region. Because of this, people prefer to visit during the winter. Some of the most famous places at Bhuj are Hamirsar lake, Prag Mahal, Aina Mahal, Chhatardi, Sharadbaug Palace, Sharadbaug Palace, and Mohammad Pannah Masjid. You can also visit Swaminarayan temple, Tapkeshwari temple, Trimandir, Bharatiya Sanskriti Darshan Museum, and hill garden.

Bhuj is famous for historic craftsmanship that includes textile crafts of bandhani, leatherwork, and embroidery. One can also visit Bhuj Haat, where you can find the best artworks on sale.

Not only this, but it is also famous for its regional cuisines like KutchhiDabeli, Chikki, and other regional Gujarati food items.

Nagalpar is also known as Nagalpar Moti or Nagalpur Moti. This small village in Kutch comes under Anjar taluka, established by Kutch Gurjar Kshatriyas. The village’s old temples, houses and other early infrastructure were built from 1890 to 1900.

It is famous for several temples like Thakor Mandir, Shiva temple, and Kuldevi. Dargah, like Hussain Pir Shah and Roza Mubarak of Abul- Fazlil Abbas Masjid, are also famous places in the village.

So, if you are making your Rann Utsav booking, remember to extend your tour and visit this village.

If you are planning to experience the culture and traditions of Gujarat during Rann Utsav, you can also explore the villages of Kutch.

Rann Utsav is one of the biggest festivals in Gujarat, people from all around the world visit to explore the ethnicity of the Indian state Gujarat.

Kutch is a district in the Indian state of Gujarat. This district sprawl over 45,674 km² and it is the largest district in India. Do you know this district is larger than states like Kerala and Haryana? In the district, approximately 2,092,371 populations reside, and local people speak the Kutchi language.